This article contains one or more affiliate links. If you follow one of these links, and make a purchase, we receive a commission. 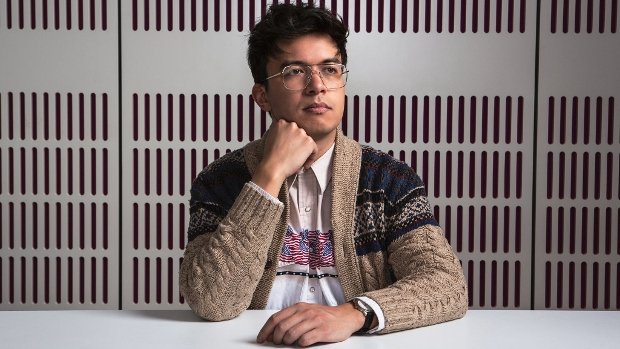 The award-winning comic will hit Brighton, Leicester, Edinburgh and more next year

Comedian Phil Wang has confirmed 2023 dates for his UK tour Phil Wang: Wang In There, Baby! Tickets go on sale at 10am today.

The list of dates come after the comedian takes to stages in London and Manchester in August and September this year. He'll also perform a run of shows at Assembly George Square in Edinburgh this August as part of the Fringe Festival. See a full list of tour dates and venues below.

The tour comes hot off the heels of his Netflix comedy special Phil Wang: Philly Philly Wang Wang which hit screens in 2021 before his debut book Sidesplitter: How To Be From Two Worlds At Once later this year.

Tickets for Phil Wang are available from Ticketmaster and ATG.

Tickets for Phil Wang go on sale at 10am today.

Comedy is great, comedy in a Cathedral is better! Phil Wang + Support Phil Wang is one of the UK’s most exciting stand-up comedians, who recently recorded his first Netflix special at the London Palladium which was released on August 10th 2021. He has appeared on countless shows including hosting Live at the Apollo…

Phil Wang: The Real Hero in All This

Avalon Hot off the heels of his critically acclaimed Netflix special, Phil's bringing his highly infective British-Malaysian variant of comedy to the Edinburgh Fringe once more. Phil's last show in Edinburgh was in 2019, so immunity to his charm has faded significantly. Thank goodness he's back with a new hour of absolute…

Another mighty night of comedy at London’s Bush Hall this August, this time featuring headliner Phil Wang! One of the fastest rising stars in comedy right now, Phil is the star of Live at the Apollo and his own global Netflix stand-up special ‘Philly Philly Wang Wang’, as also seen on Taskmaster, QI, Have I Got News for…

Phil Wang: Wang in There, Baby!

Avalon Promotions Ltd Phil Wang is a son of the British Empire. But in a world suddenly intent on building walls and bolstering borders, what is a Commonwealth man to do? A blistering new hour of comedy gold – that's what. Phil is a laid-back Eurasian stand-up comic with cerebral charm and a dorky swagger. He has been on…