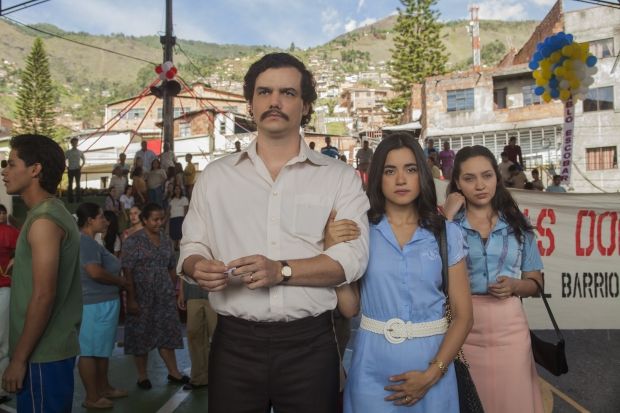 The real life story of the take down of one of the most feared druglords in history comes to Edinburgh this August. 'Narcos – A Conversation on the capturing of Pablo Escobar with DEA Agents Steve Murphy and Javier Pena' will give lucky ticket holders the chance to hear, up close and personal, how the downfall of the prolific and gruesome 'King of Cocaine' came about.

Murphy and Pena's story inspired the hit Netflix series Narcos, which tells the story of Colombia's infamous drug cartels and Escobar's fight to maintain his position as its most powerful player.

It's a must see for any fans of the show, or anyone interested in the fascinating power struggle, and the life story of a man acclaimed by some as a 'Robin Hood' figure – financing football teams and funding community projects with his wealth – but who was one of the most wanted, and dangerous men on the planet.

Tickets are available on Fri 28 Apr at 9am.

The real life story of the take down of one of the most feared druglords in history comes to Edinburgh and Glasgow this August. DEA Agents Murphy and Pena discuss the capturing of Pablo Escobar, giving the audience the chance to hear how the downfall of the 'King of Cocaine' came about.