Buy tickets for Playhouse on the Fringe 2017 at Edinburgh Festival 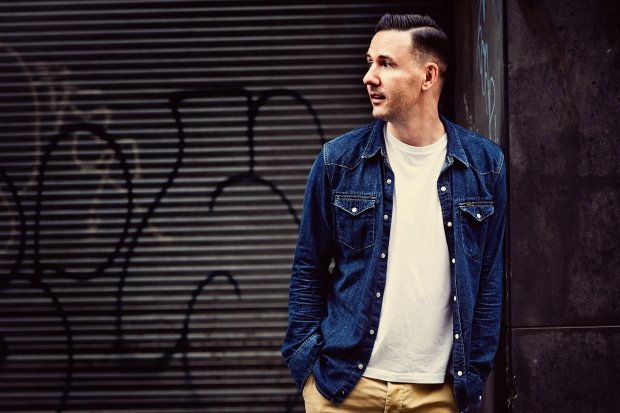 Michael Griffiths returns to Edinburgh in August with a show about Annie Lennox, playing for three nights only at the Playhouse

This year's Playhouse on the Fringe lineup has been announced, with an impressive cast of international performers marking 70 years of the Edinburgh festivals. Tickets are on sale now.

The sixth annual celebrations see five world class acts play 56 shows throughout August, at The Boards at Edinburgh Playhouse. The lineup was curated in partnership with Civil Disobedience productions.

Returning are Australians Danny Condon and Michael Griffiths. Condon's Songs from the Black Sheep comes fresh from a hit run at Adelaide Fringe, and offers a uniquely comical take on family dynamics. Griffith's returns after his Madonna-themed 2014 sell-out debut show In Vogue, with Sweet Dreams, a tribute to Annie Lennox that follows the life and career of the Eurythmics singer.

In addition, Michelle Shocked comes to Edinburgh with Truth vs Reality, a retrospective trip through her Grammy-nominated musical journey, with reference no doubt to the more controversial moments in her career.

Meanwhile Jason Kravits' (Curb Your Enthusiasm, The Practice, The Drowsy Chaperone) brings a night of improvised comedy in Off the Top!, and Carla Lippis' Cast A Dark Shadow fuses original songs and cult classics in an intimate rock 'n' roll cabaret.

Edinburgh Playhouse Theatre Director, James Haworth, said: 'We're pleased to be returning for our sixth year of The Playhouse on the Fringe. We've worked with Civil Disobedience to develop a small but dynamic programme that offers Fringe-goers international variety, all within one of the city's most iconic venues.

'It's a real celebration of talent in cabaret, music, diversity, performance art and comedy. Including a completely improvised one-man cabaret show and a performance exploring the career and works of Scottish singer songwriter Annie Lennox, amongst others.'

Danny Condon lifts the lid on some hilarious family dynamics in a show featuring original music, a bit of Chopin and a show tune or two.

Cabaret of original material and cult classics from Carla Lippis.

Helpmann Award winner Michael Griffiths is Annie Lennox. From the gender-bending early days as one half of 80s new wave sensation Eurythmics through to her stunning solo career, Annie’s bittersweet lyrics share stories of her triumphs and her heartbreak. Featuring unforgettable songs including Why, Thorn In My Side…